Pastor and Sister Joan Bracken have been the Senior Pastors at First Assembly for over 25 years. They took the pastorate position in March of 1993. Pastor Bracken attended Southeastern College and is Ordained as an Assembly Of God minister. Pastor and Joan love people and have a vision to see God do miracles in our church and community. They have faithfully served our church and have helped make the vision for a new facility become a reality. Both of them are from the Mountains of North Carolina. Sister Joan is also the Principal of New Hope Christian Academy and has also served as minister of music at First Assembly.  She continues to serve on the Worship Team as vocalist and church organist. 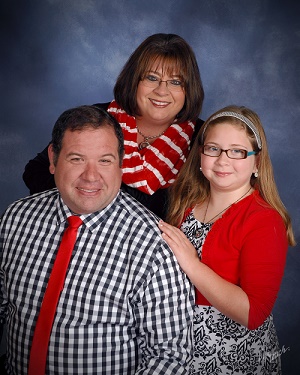 Jason grew up at First Assembly since age 4. At an early age he realized his love for music and a call to music ministry. He has served as Assistant Minister of Music and now Worship Pastor. Jason and his wife, Patty were youth pastors here at First Assembly for more than 7 years. Jason also enjoys preaching and teaching the Word of God. Patty is currently serving as guest connections coordinator. They have one daughter Zoe.